Hello there. I've read some excellent books this summer, and here are the first of a few reviews.

Double the Stars is based on the life and times of the first female astronomer, born in 1750.  This is a beautifully-written book that dances with the spirit of discovery.


Double the Stars is an illuminating historical fiction that charts the life of the 'Comet Sweeper' Caroline Herschel.
Deft and detailed, it is both a love story and an exploration of relationships - between siblings, stars and countries. Swain conjures the burgeoning 18th Century scientific community with impressive accuracy and intimacy. Reader, you are there in the carriage jolting through the shires, and there as you gaze through the eye of a giant telescope at as-yet unnamed stars.
Never poetic with a capital P, you can tell Swain is also a poet through her assured use of metaphor and often beautiful chapter endings, that pause, and breathe, like the end of a poem.

Double the Stars focuses on Miss Caroline Lucretia Herschel, the sister of astronomer Sir William Herschel  whom she worked alongside during their long and illustrious careers.  Caroline was a formidable scientist - and a principled woman - who won respect for her work charting and mapping stars, but also her fair-minded character.
She discovered several comets, one of which bears her name. Despite ill-health and restrictive maternal and societal expectations she rose to prominence. Her femininity is an adjunct to her success, and in some senses sacrificied. Without spoiling the plot, Swain explores ideas of work and life balance that women are still grappling with today.


Double the Stars is a finely-wrought exploration of love and desire, drawing in sexual politics, sibling relationships and the nature of patronage - both by royalty and male family figures.
The metaphor of a double star is well wrought in her relationship with her beloved brother William - always in orbit to his sun but casting her own clear shadow -

As William explains to Caroline:

'Many of the stars we see are not one, but two. With great enough magnification, we can see that what appears to be a single star is frequently coupled with a smaller, fainter star. One of the pair burns brighter, Lina, so without looking closely, a person might not know the other star existed at all. But it is my guess that one cannot exist without the other.'  (p.68)

Swain describes Caroline's painstaking work correcting The Star Catalogue, compiled by the first Astronomer Royal, John Flamsteed. There is something touching about being granted access to the mind of the woman undertaking such profound work at the edges of knowledge -

"She had begun the project only at William's encouragement, but as she worked on into the depths of autumn, she began to feel that each star deserved to be accounted for. Each burned with its own light; each held its own place in the firmament. Each was one point in an asterism or constellation of greater or lesser import, and Caroline did her best to ensure no star was overlooked.

..."That one should go unnoticed after the light had travelled for thousands of years, as William claimed, struck Caroline as an awful tragedy. The star may have died out long before she was born, long before the Greeks began naming the first planets. The fossil light, falling in faint rays, through the tubes of William's telescopes, finally reaching her eye, absolutely had to be marked in the Catalogue."

Double the Stars closes, movingly, with an apposite, celebratory song to the 40-foot telescope - 'Hymn of the Forty Feet Reflector at Slough...'.

Swain has written a important book that, like her subject, demands and deserves wide recognition. It is unique, and a pleasure to spend time with - much like, I imagine, Caroline's company herself. 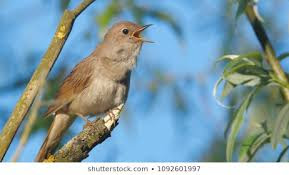